The Skriv startup is here :)

I’m Amaury, founder of Skriv, a startup that aims to offer a new project management tool. I know what you are thinking: “Yeah, sure, whatever. Just another one like all the others.” But no. Skriv is different. I’ll explain to you how, but let me introduce myself first. 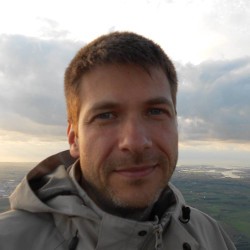 Born in Montreal and living in Paris, I’m both French and Canadian. I have an M.S. in System & Network from Epita (one of the best French schools in computer science) and 16 years of experience mostly in back-end web development and management. More recently, I did an Executive MBA in Management & Entrepreneurship from Epitech and a certification in Software Product Management from the University of Alberta.

Eight years ago, I started a blog «De geek à directeur technique» (“From geek to CTO”), where I publish articles about project management, career management, personal organization, entrepreneurship, etc. I’m also a speaker, giving lectures in engineering schools and universities on the same kinds of subjects.

Ten years ago, I jumped into the creation of Ooreka (which was named ComprendreChoisir back then), a French website that provides quality contents for free on a large variety of subjects.

As the CTO, I developed the platform, worked on the product, hired and trained a team, defined some of the company’s process and how projects were managed − from conception to deployment.

At Ooreka, we managed our projects with a software I created in my spare time. Already called Skriv, the first version was released in December 2012. It was some kind of hypervitamined wiki, focused on sharing structured documents and files in the fastest and easiest way possible. One year later, I added task-management functionalities.
It was useful to organize the development team’s work, but it wasn’t very convenient when we tried to manage every single aspect of our projects, from their inception up to their deployment. A lot of time and energy were lost, just because the tool needed the project manager to take care of every steps of every projects, just to assign each task to the right person at the right moment.

Does this remind you of anything?

Then, the next evolution of the tool was workflow-oriented instead of task-oriented, and our whole lives became much more simple. Because it knew how we worked, it was able to adjust our projects in real time, as they were moving forward.

At the beginning of 2016, I started a complete rewriting of the application. I had two goals: offer a better interface (the two first versions were very usable but not very fancy) and be even closer to our workflow.

To get inspiration, I tested a dozen or more project management solutions, from the best known to the smallest ones. It was something I was already doing for years, by personal interest or for my blog, but then I had a clear intent.

Working on this new version, and comparing it to the tools I tested, was a mind-blowing experience. I quickly got the feeling that the way I chose to do it was definitively more efficient than what the other solutions offered. It appeared to me that it’s possible to manage projects using workflows, without giving up on simplicity and ease of use − in fact, it’s just the opposite: when you use a workflow, people know what to do and when, everything is simpler.

This idea became so strong in my head, I convinced myself I should create a new version of Skriv, open to the world.

One week ago, I went toIonis 361, a French startup incubator, for a 10-minutes presentation of Skriv followed by 15 minutes of Q/A.Ionis 361 is a young incubator, a subsidiary of theIonis Education Gr... , Project Management
as it should be

Sign up now for free
No obligation, no credit card required